Monitoring progress: key metrics to measure progress on our plan

Monitoring progress: key metrics to measure progress on our plan

This plan lays out specific strategies and actions that are intended to be completed over the next 10 years. The most basic way to measure progress is by documenting the completion of the actions laid out in this plan.

The TAP details strategies and actions that will, if implemented, help to reverse racial disparity trends, eliminate institutional racism and ensure that outcomes and opportunities for all people are no longer predictable by race. The most affordable transportation options will be more widely available to more people and people will not be as burdened by the costs of daily travel.

There are four key metrics detailed below. The goal is to have each of them progress on at least the same rate within ACP50 areas as compared to citywide rates. ACP50 areas are areas of concentrated poverty where more than 50% of the people are of color. 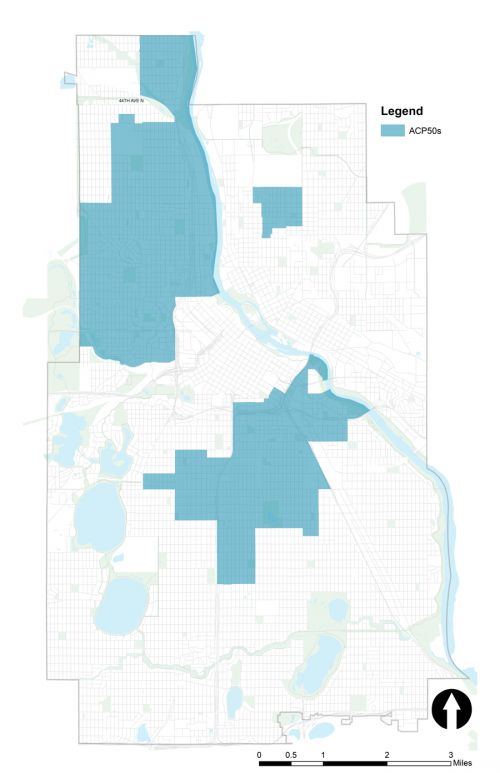 Accomplishing these goals will require bringing in outside funding sources and seizing opportunities with development projects and other partners.

There are 56 strategies and 304 actions across 7 topic areas and 3 strategies and 20 actions in the Progress section of the TAP. We will track progress on these strategies and actions as: completed, in progress, or not yet started. Our goal is to have 100% of the actions completed or in progress by 2030. We acknowledge that some are more difficult to accomplish than others and that conditions will change over the next 10 years. There will be some things we set out to do that will remain undone at the end of 10 years, due to changing priorities, lack of partnership opportunities or better ideas replacing what is laid out in this plan.

Miles of All Ages and Abilities Network completed

146 miles exist on the All Ages and Abilities Network

The All Ages and Abilities Network consists of 286 miles. The goal is to complete the entire buildout of this network by 2030. 146 miles of this network already exist, and 141 miles needs to be built, some of which will be upgrades from existing striped bike lanes1.

All 25 corridors identified in the plan

Many improvements to transit depend on operational and design changes on our streets that prioritize transit. Tracking and reporting on the number of corridors where transit priority improvements have been installed is a key metric to measure progress on the plan.

The TAP identifies 25 corridors for transit priority projects, including:

Learn how we make progress on the action plan