Transit is a central component of Minneapolis 2040 and throughout the engagement process for the TAP we repeatedly and clearly heard that people want reliable access to transit. Transit is a critical foundation for the City’s multimodal transportation system while also contributing to economic competitiveness by attracting business, private investment, and top talent to the city. Over 30,000 (16.5%) households in the city do not have access to or choose not to own a personal car, with the highest concentration of car-free individuals living in neighborhoods around downtown Minneapolis.1  The comprehensive plan calls for more growth in population and jobs, focused along and near transit corridors.

To effectively plan for this growth, the City will partner with the Metropolitan Council to plan for and invest in a transit priority projects that aim to improve the coverage, speed and reliability of transit service.  The Metropolitan Council provides a backbone of service and operation, and the City of Minneapolis, through this chapter of the Transportation Action Plan, defines a clear set of priorities, goals and actions for the city.

Transit must be convenient, reliable, and frequent to effectively reduce trips made by single occupancy vehicles.  In 2010 people took transit for 13% of their trips (including 2% by school bus). Our goal is to increase that to 1 in 4 trips (25%) by 2030.2

View a snapshot of transit in Minneapolis

Select the strategies below to learn more

Reaching our transportation goals requires strategic action. Listed below are strategies and actions that we plan to undertake in the next 10 years.

1
Increase transit coverage so that 75% of city residents are located within a quarter mile and 90% of residents are located within a half mile to high frequency transit corridors.
2
Increase the speed and reliability of transit.
3
Increase available resources for transit and actively manage capital transit investments.
4
Partner with Metro Transit and other agencies to pursue new transit projects of high impact.
5
Expand multimodal access to transit.
6
Support efforts to ensure transit is a safe, comfortable and affordable option for all city residents. 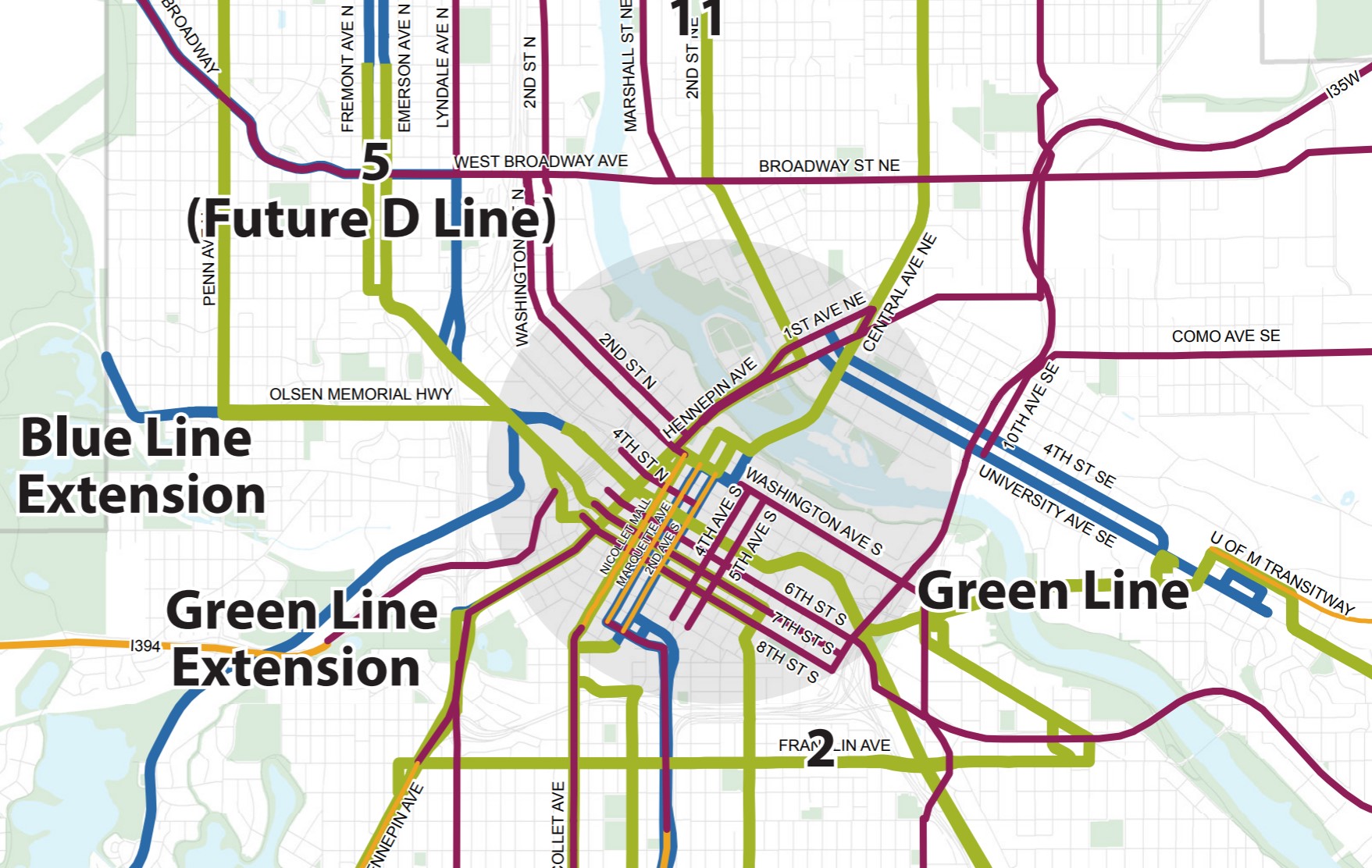 Check out our Transit Priority Projects